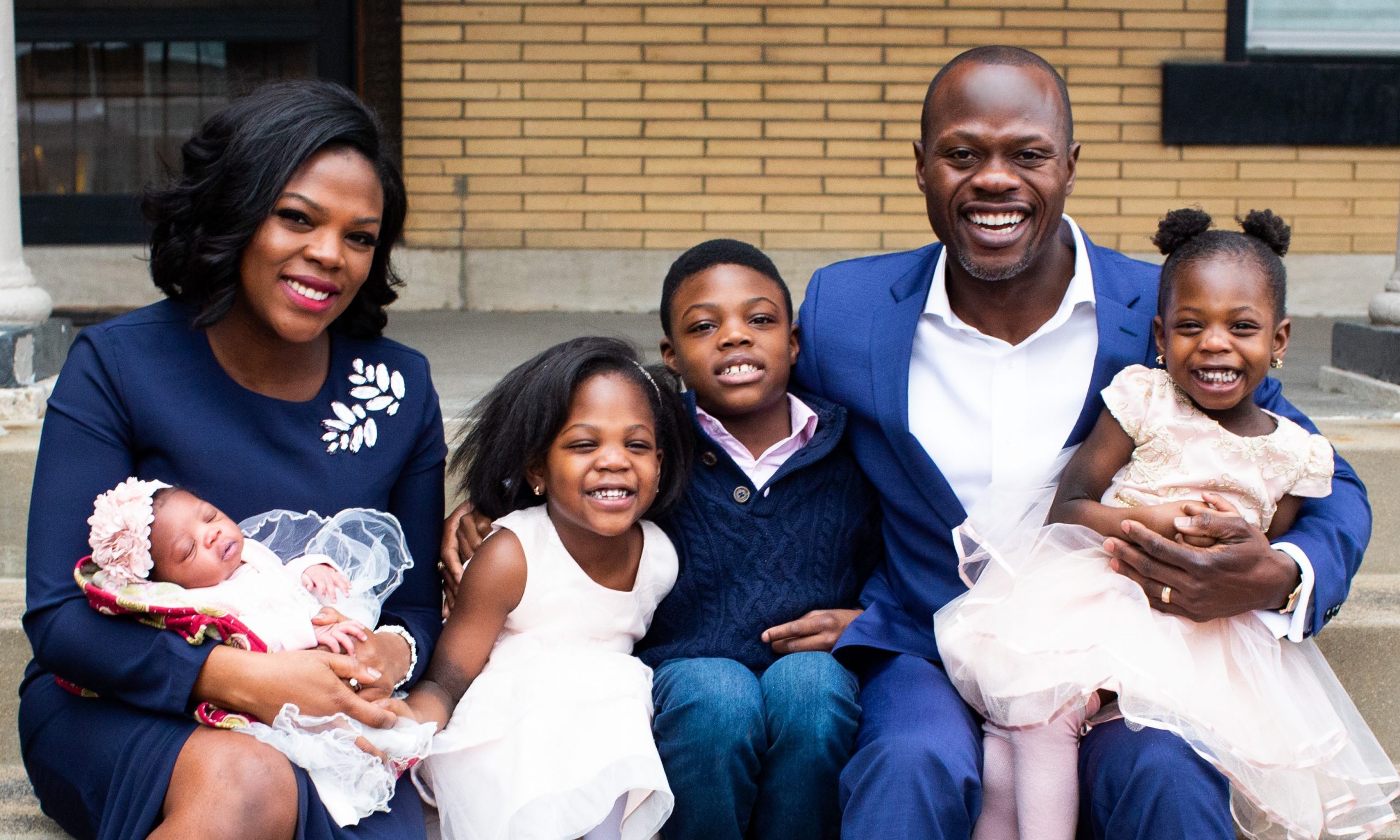 Yinka Faleti is the Democratic Nominee for Missouri Secretary of State. Born in Lagos, Nigeria, he immigrated to the United States at the age of seven, arriving at John F. Kennedy Airport. Yinka’s story is one that is inspiring and truly an American dream come true.

Yinka’s childhood was one steeped in poverty. It wasn’t uncommon for him to eat cereal mixed with water when his family couldn’t afford milk. In search of where they could thrive as an immigrant family, his family moved often—from New York to Virginia to Florida to Mississippi and finally to Texas.

Yinka’s big break came through education. He graduated as valedictorian of his junior high school in Florida. In lieu of his last two years of high school, Yinka attended and graduated from the Texas Academy of Mathematics and Science.

From there, he accepted an appointment to and graduated from the United States Military Academy at West Point.

Duty, Honor, Country: while this is the West Point motto, it’s also an accurate description of Yinka. He served in the active duty United States Army as a combat arms officer in tank units for over six years. Yinka attained the rank of Captain after two deployments overseas to Kuwait as part of Operation Desert Spring prior to 9/11 and Operation Enduring Freedom in response to 9/11.

After his Army career, Yinka moved to St. Louis to attend and graduate from law school at Washington University. He then practiced as an attorney at the global law firm of Bryan Cave Leighton Paisner and subsequently as a state prosecutor, where he worked for justice for victims of abuse, assault and burglary.

Sensing there was even more he could do to help his community, Yinka accepted a position as senior vice president with United Way of Greater St. Louis. There, he led the fundraising and volunteer engagement divisions, raising $300M during his tenure to help people in the Greater St. Louis region. Most recently, Yinka served as Executive Director of the successor nonprofit to the Ferguson Commission, Forward Through Ferguson. He stepped aside from that post to seek the office of Secretary of State of Missouri.

Throughout his professional career, Yinka has continually worked to get further upstream. Yinka is running to increase opportunities to vote, reduce barriers to voter participation and protect and honor our ballot initiative process. He lives in St. Louis with his wife, Ronke, and their four cheeky and charming children.